Writing work on CODEY EPISODE 4: THE TRAIN by Suchet Budon

Originally Episode 3 was to take place on the train with only a minimal amount of time on the island of Mount Jefferson’s, however, the story and characters in that place were so epic that it didn’t just take one episode, it took a double-length episode to tell the story…  This resulted in THE TRAIN episode being pushed to EPISODE 4…. 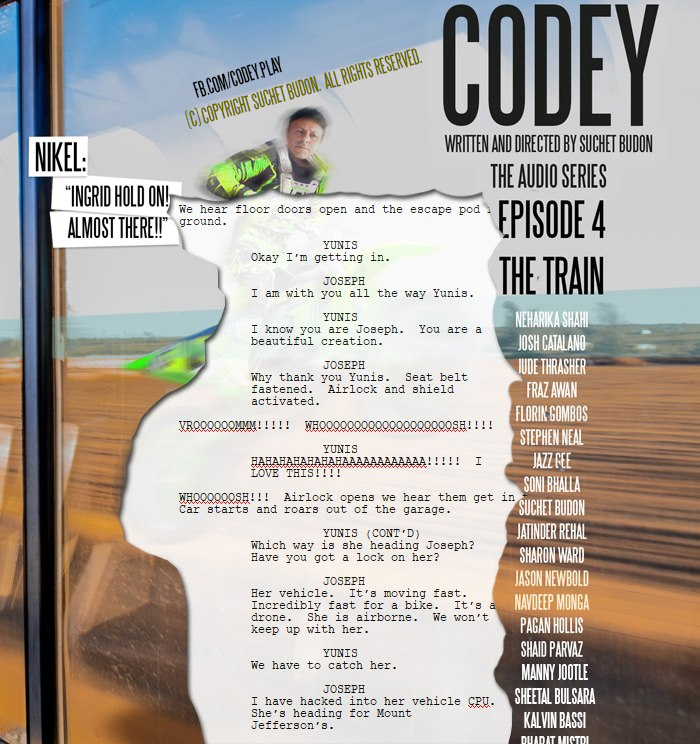 I started writing Episode 4 just halfway through the production of EPISODE 3.   It’s very similar to episode 1 and 2 in the sense that the characters are in motion again , they are travelling, this time on a train rather than cars and motorbikes; this time however they are constrained and trapped along a route with zombies getting closer and closer aboard the train they are on.

So it is a terrifying journey with messages that are relative to what is happening in society currently due to the COVID-19 issues.