CODEY Episode 3:  THE ISLAND was a treat to work on.  The story has Codey and her friends arrive at Mount Jefferson’s Island.  A huge luxury tourist island that is completely man-made by an eccentric billionaire Stephan Trunkette. 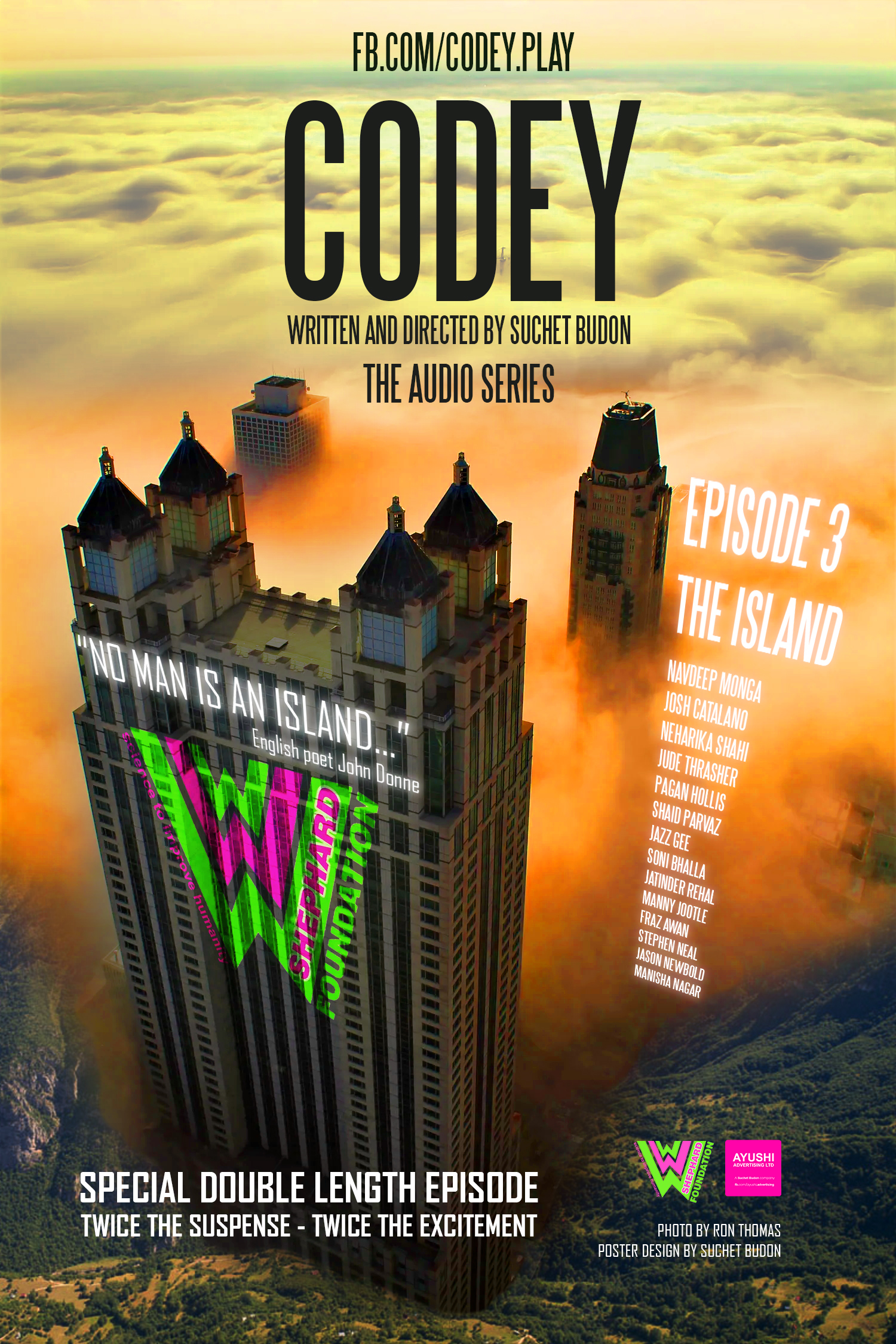 I am hugely inspired by Japanese anime and manga and games like PERSONA, RESIDENT EVIL and FINAL FANTASY; Part of the appeal of those are the colourful characters and the situations they get in, sometimes the problems they face being small personal relationship problems and at other times they are great big catastrophic issues that require more than one mind or more than a person to solve.

CODEY has great big robots, Ai systems, smart motorbikes, a mysterious virus pandemic, a futuristic environment similar to the ones seen in AKIRA and BLADE RUNNER and characters which are warm and colourful and likeable.

I always plan to make each episode better than the last and to always make them unique in their own way so listeners can come back to anyone of them and enjoy them.  Episode 3 tells the unique story of a man that has built his dream island and has everything anyone could ever want.  He enjoys himself and is surrounded by people who love him and care for him and he has all the toys in the world that he can play with.

The famous line “No man is an island…” by English poet John Donne is a wonderful one which I used on the poster design and has some elements present in this episode of CODEY.  Is Stephan really as self sufficient as he seems?  I mean he isn’t just an island, he has actually built an island which houses and supports hundreds of lives and a fruitful economy.  And we have people like that living in our real-world today.

We have other colourful characters arriving too, such as Willard Shephard and William Reese from the RAHANA and CODENAME VASQUEZ movies because the stories are linked by themes and the characters they share.  It’s part of the same universe, where a virus has gone pandemic and the lives of people are affected massively.

If you want to listen to the CODEY AUDIO DRAMA you can do at the links below: