CODEY Episode 4: THE TRAIN about to start production

I have completed the script for EPISODE 4 of CODEY – The story takes place on a high-tech train with some unexpected twists, and it turns itself on its head in this episode.  It adds the claustrophobic elements I want for a zombie suspense thriller with deep human drama and humour.

It’s going into production as we are about to arrange a live script read before I send out scenes to the cast to record their dialogue.  The Train has been inspired by some elements of THE TRAIN TO BUSAN and STAR WARS and some exciting romance and suspense and true horror this time.  It ends with an EMPIRE STRIKES BACK styled shock revelation and is the most large-scale episode so far in terms of setting and characters. 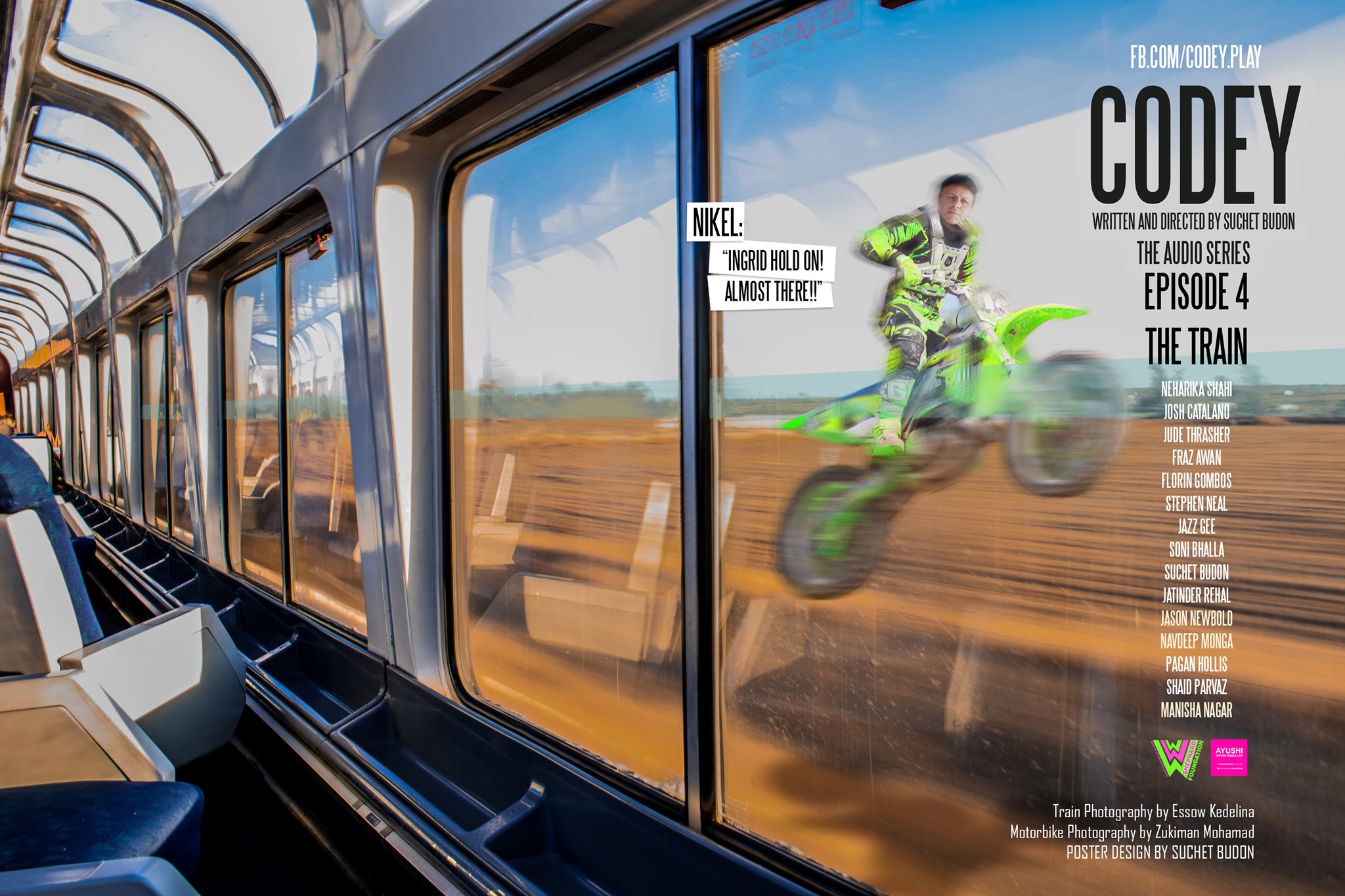